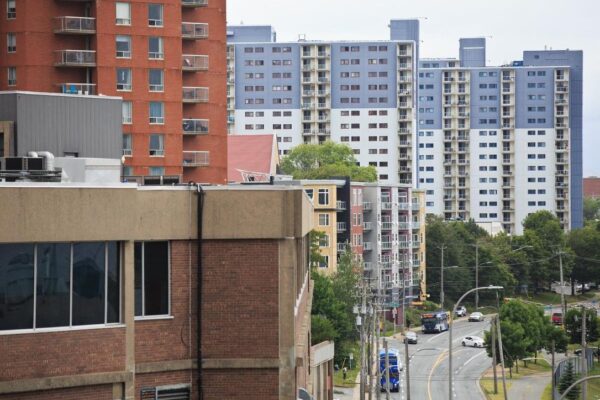 The vacancy rate for rental apartments in Halifax has returned to the historic low of 2019, according to new figures from the Canada Mortgage and Housing Corporation (CMHC).

CMHC released its national rental market report on Friday, indicating that the vacancy rate in October 2021 was 1%. This is down from 1.9% the previous year and matches the figure for 2019. It is tied for the lowest vacancy rate in Canada, with Victoria, British Columbia and Peterborough, in Ontario. The national average is 3.1%.

The report is based on a sample survey of buildings with three or more rental units, and also found that average rents in Halifax rose 5.1% to $1,244.

Despite a net increase of 1,103 units and 1,600 rental apartments completed, housing supply still falls short of demand in Halifax, CMHC wrote, especially as out-of-province Canadians flock towards the city.

“Nova Scotia has become a COVID-19 safe haven in 2020 and 2021 for Canadians fleeing crowded cities and astronomically high house prices. Many are located in the Halifax area,” CMHC wrote.

The increase in population came largely from Ontario and Alberta, and more than half of those who came were between the ages of 20 and 49, “a key segment of the rental and labor markets”. CMHC said older people are unloading properties in more expensive markets and also moving to Halifax.

“Rents for two-bedroom plus apartments in new buildings are only affordable for tenants with higher incomes and savings, such as working professionals and retirees.”

We have many other subscription options available, or send us a donation. Thank you!